Company mergers often create frustration. Two companies within the same business can be very different, and the effects are often underestimated. At BioMar, we have managed to create an open and inclusive culture across continents.

BioMar is a fusion of almost a dozen different companies with their own story, merged with established BioMar companies, and developed from zero in other countries. BioMar is built on a culture that is quick to welcome new members to the family.

In 2008, BioMar took over the activities of Provimi Aqua in Spain and other countries. This meant that people who were once fierce competitors suddenly had to be a team and collaborate on achieving common goals, like in the western part of the Mediterranean.

No beginning is easy, and trust was not the most predominant emotion during the initial months. However, a shared understanding soon emerged. Together they would be stronger and more capable of serving customers.

Today BioMar West Med is a closely integrated team with a half-Spanish/half-French management team. And when the West Med people show up at BioMar’s annual Sales & Marketing Conference, it seldom goes unnoticed. They even wear the BioMar logo on their skin.

New employees often tell they feel as if they have become members of a new family. And while BioMar activities span the globe and we represent more than 30 different nationalities, we are still small enough to know each other.

We are a great place to work. 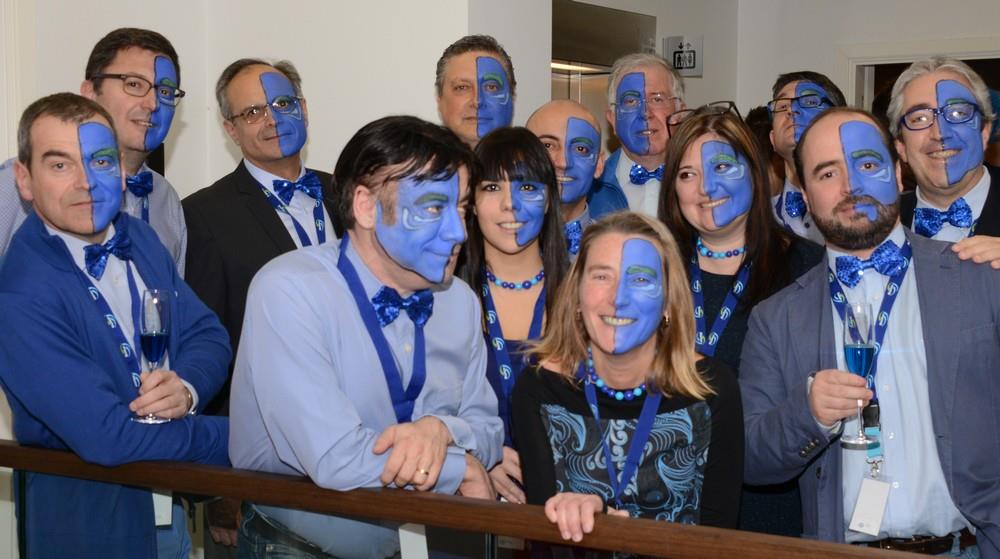